The medical profession has urged since the 1970s the dropping of the possessive S at the end of disease names which were originally named after their discoverers (“eponymous disease names”). The possessive is thought to confuse people by implying that the persons named actually had the disease. Thus “Ménière’s syndrome” became “Ménière syndrome,” Bright’s disease” became “Bright disease” and “Asperger’s syndrome“ became “Asperger syndrome.”

But the public has not always followed this rule. “Alzheimer disease“ is still widely called “Alzheimer’s disease” or just “Alzheimer’s.” Only among professionals is this really considered a mistake.

“Down syndrome,” named after John Langdon Down—originally written “Down’s syndrome”—has been so often mistakenly written without its apostrophe as “Downs syndrome” that many people conclude that the syndrome’s discoverer must have been named “Downs.”

Lou Gehrig’s disease, named after its most famous sufferer, always bears an apostrophe-S because professionals prefer the rather more cumbersome but nonpossessive “amyotrophic lateral sclerosis” (ALS).

The best practice is to follow the pattern prevalent in your social context. If you are a medical professional, you’ll probably want to avoid the possessive forms.

“Legionnaires’ disease” has its apostrophe at the end of the first word because it was first recognized among a group of American Legion members celebrating the American Bicentennial. Specialists consider it a severe form of Legionellosis, caused by the bacterium Legionella pneumophila.

Lyme disease should never be written “Lyme’s disease” because it is not named after a person at all, but after the village of Lyme, Connecticut. 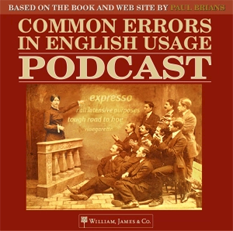